The last Postcards of Ireland post was ludicrously popular it although that might just have been with the spambots. In the spirit of giving the people what they want I've compiled another set of old postcards of this island. 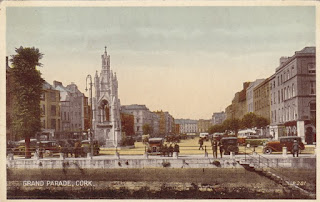 This is the picturesque Grand Parade in Cork City in the 1910s or maybe even 1920s. 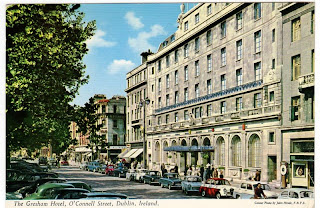 The storied Gresham Hotel, on Dublin's O'Connell Street in the early 1960s. 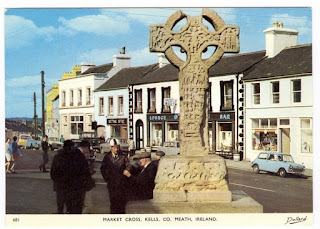 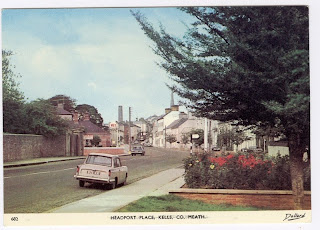 One to file under "Why did they bother?" Headford Place, Kells, Co. Meath. That car has long since returned to rust. 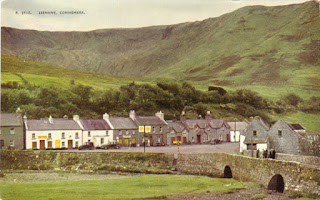 Storybook beautiful Leenane in Connemara in the 1950s. 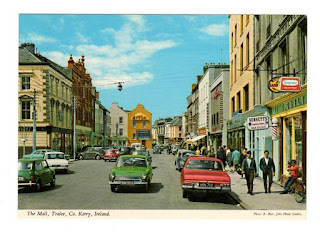 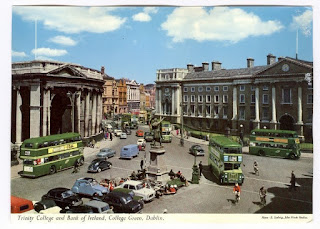 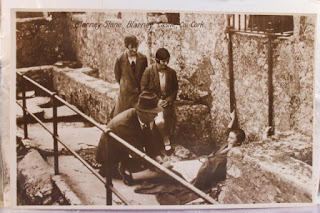 Tourists kissing the Blarney Stone, from the looks of the hat on the woman in the background I'd guess this is from the 1920s, maybe 1930s. 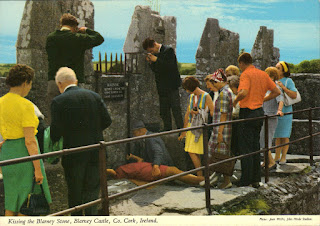 Here's another one of tourists kissing the Blarney Stone this time from the 1960s. Funky outfits galore. 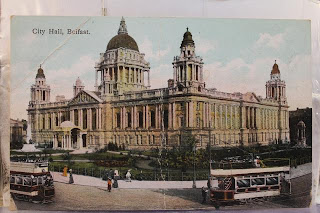 City Hall, Belfast in the early 1900s. The last time I was there there was a huge telly showing the BBC news for some reason. 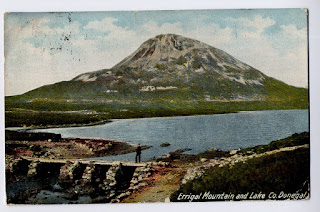 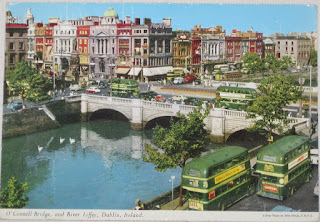 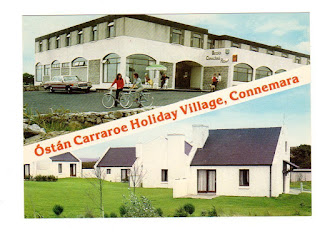 Óstán Ceathru Rua, Co. Galway in the early to mid-1980s. I once went for dinner there with my parents when attending a local Irish college. Two members of staff got into an argument over something. It was a couple of days after Veronica Guerin was murdered. 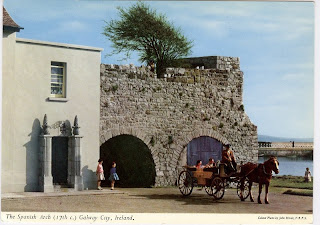 The Spanish Arch in Galway City in the 1960s. 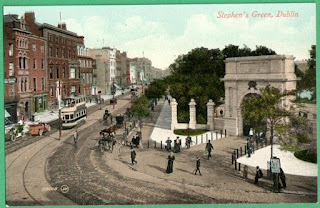 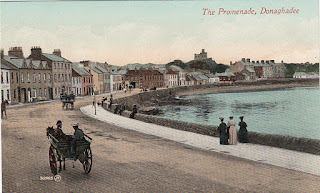 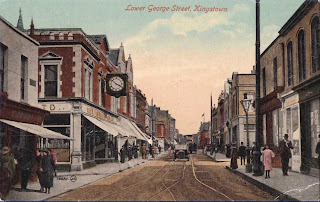 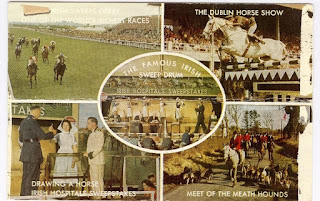 Here's a postcard from the 1960s that depicts a number of scenes including hunting in Co. Meath, The Dublin Horse Show, The Irish Derby then known as the Irish Sweeps Derby, and the Irish Hospitals' Sweepstakes draw. The Sweepstakes were a big deal at one point but by the time this postcard had been created, presumably as a promotional tool its glory days were over. The Sweepstakes were somewhat unique at one point as many countries had prohibitions on lotteries so there was a thriving blackmarket in tickets in America, Canada, and Britain. How many tickets sold abroad ever made it into the draw is anybody's guess. 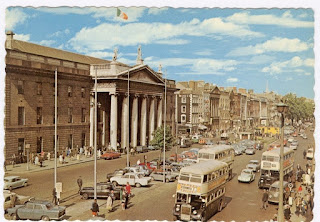 Here's the GPO on Dublin's O'Connell Street in 1968. Notice the absence of Admiral Nelson and his pillar. 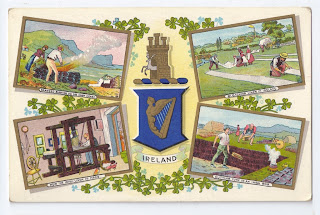 This charming postcard which I suspect to be from the 1890s depicts Irish industry. The four panels depict the burning of seaweed from which various useful chemicals could be yielded, the bleaching of linen, linen manufacturing, and turf cutting.
Posted by Fingal Raparee at 12:39 AM